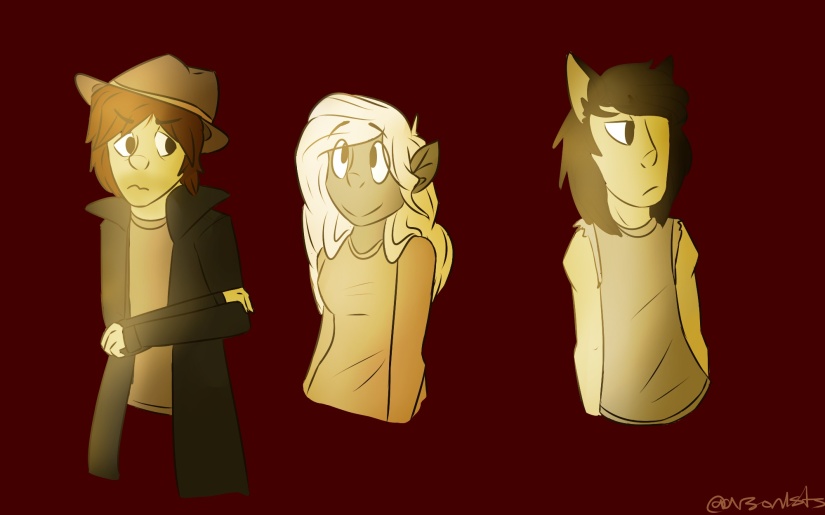 This piece features two characters who stayed and one who didn’t. The artist, who I’m not sure is still on tumblr, was a friend I made while I was networking. This piece is actually what inspired me to push for androgynous elves, since (as you can see) Misera in the middle there looks way more effeminate than I’d taken him for. So, that aspect stayed! 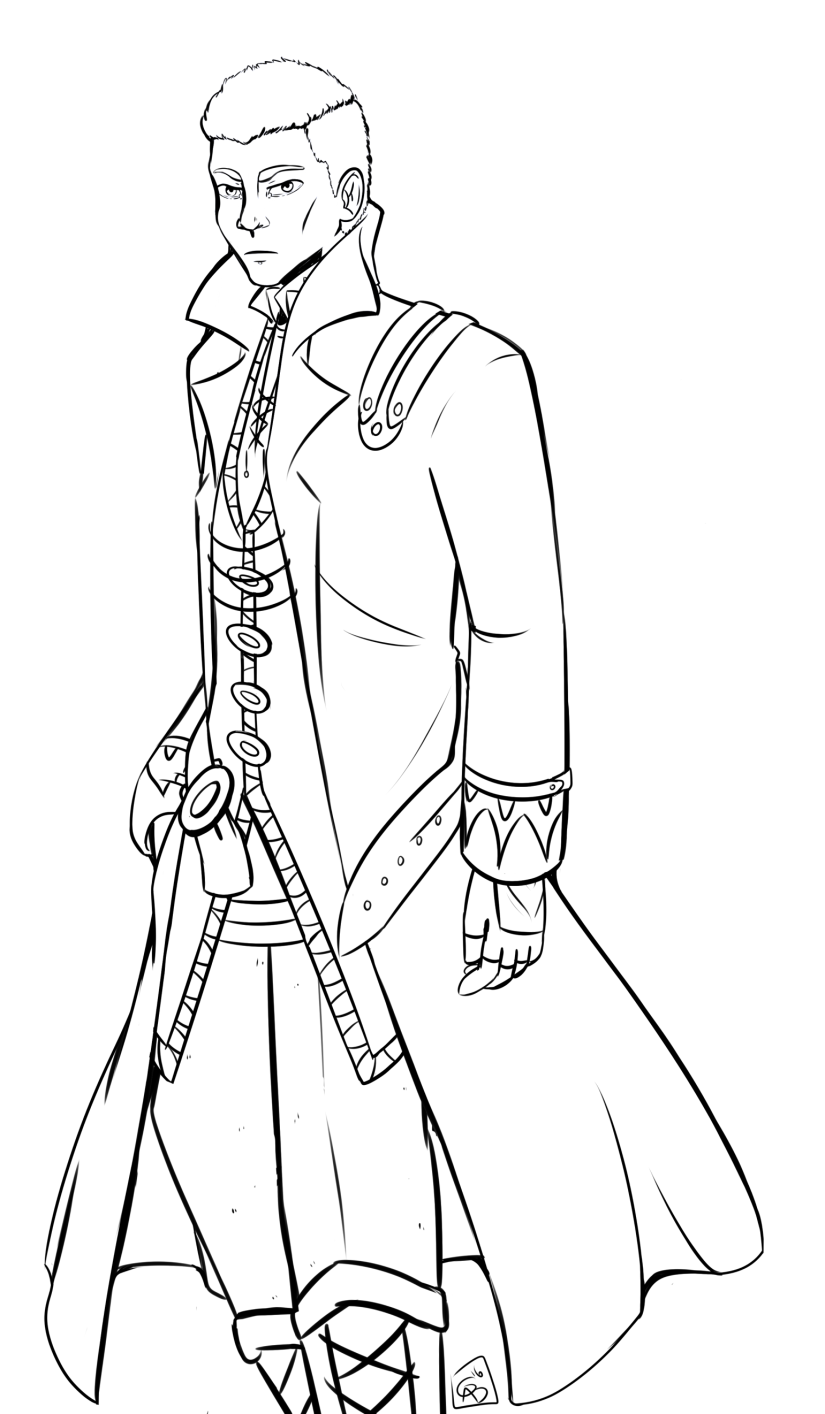 This piece done by absurdelights was the first ever rendering of my main villain Drystan. Drystan was and is my first villain to ever grace the pages of my novels. The only villain I have who is older is his dear old grandfather, for whom the series is titled. I have dreamt of what he would look like for so long, so seeing him come to life was just so amazing. 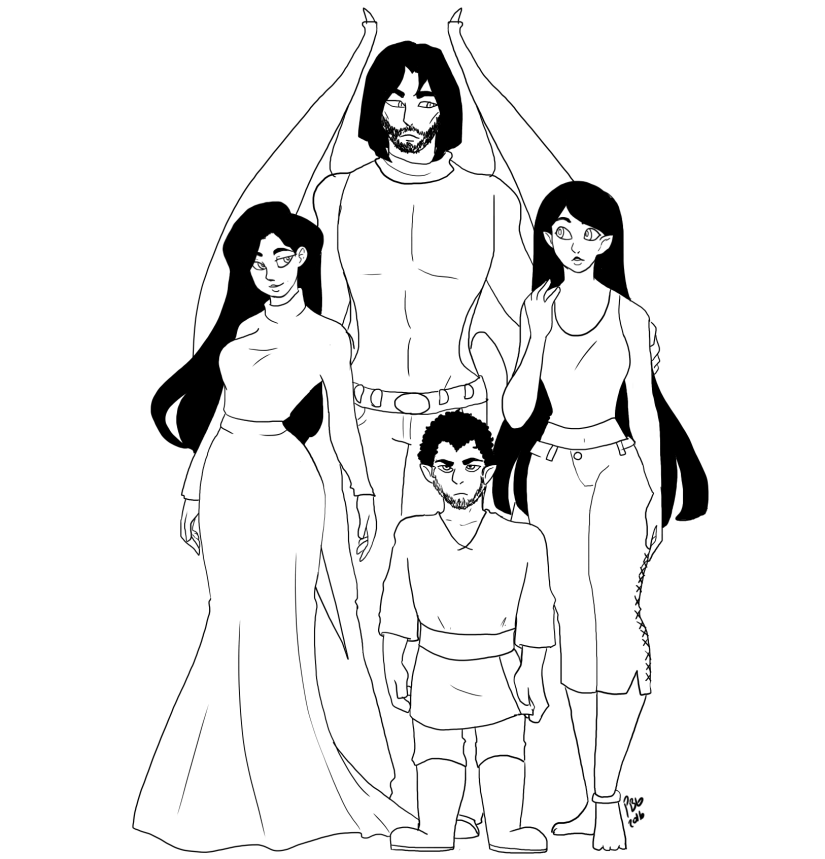 This piece was done by one of my good friends in goobermation. She made Salia, Arungeist, and Varian look so beautiful. Kasimira, though her appearance is now pretty different from this image, was also drawn so beautifully. I could not ask for more accurate representations of the other three though. 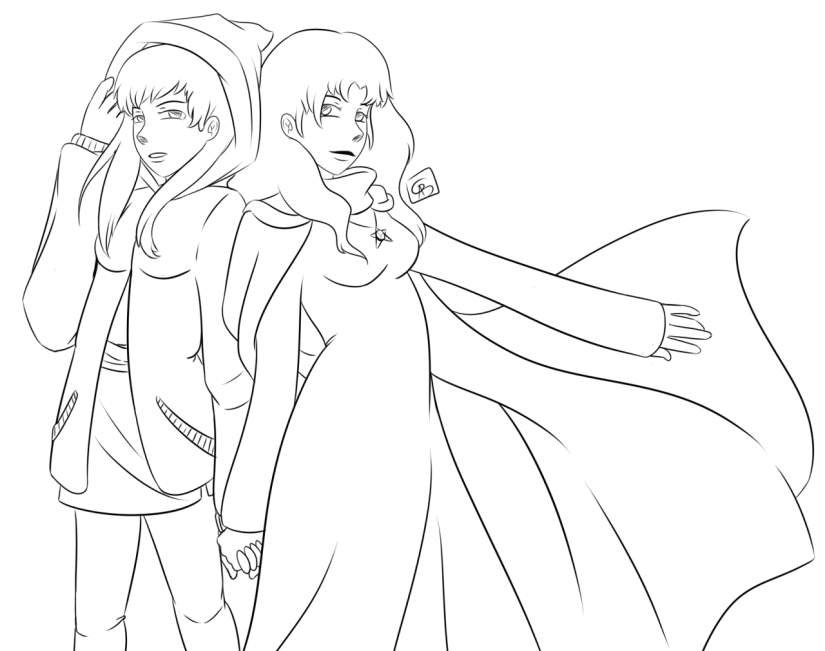 My girls. Absurdelights also gave me this beautiful first portrait of twin sisters Ria and Faewolf. They are such strong characters, beautiful and determined. I love them so much. I can’t thank my friend enough for bringing this generation of Inimicas to life. 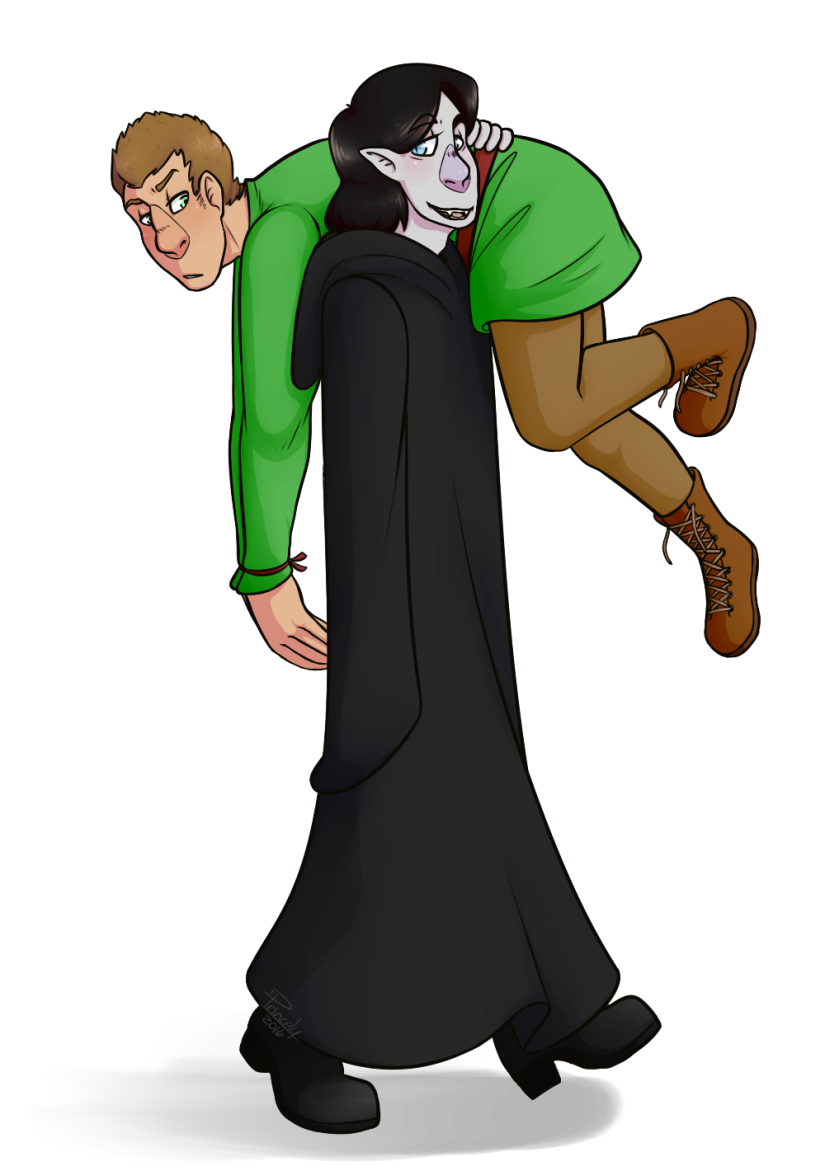 Finally, we get to see what my old friend Princely did with Jaguaris and Lorne. Now, Jag and Lorne are mostly talked about throughout the first book and you meet them at the end. We will see them again in the follow-up novel. Jag’s appearance has mostly changed. He has darker skin and hair, in earth terms he’d be Polynesian. But the vampire carrying him looks the same 🙂

That’s the art. Now, for one more promo drabble!

Members of Drystan’s elite came and went over the course of three years. At first, he worked on his own. It was easier that way, knowing that any witness could and should be killed so his business went uninterrupted. Then one day, when he realized his presence naturally demanded respect of those he did not immediately kill, Drystan recognized the value of keeping company. With followers, he could build a grander scheme in the Cinican Kingdom. With a grander scheme, he could accomplish more. Earn more money. Own more of his city. Improve his reach. With reach and money and presence, he could amount to so much more than just the average crime lord.

He could own Cinica itself if he so wished.

It took time. Many proved disloyal. Some even proved downright defiant. Defiance could be broken usually, but if someone remained unbroken they usually also did not remain alive. Drystan tested many of his initial followers, ensuring only the best stayed in his company.

There was one individual he’d kept at his side the longest.

Faces changed, loyalties shifted, the weak died. Drystan’s agenda grew and expanded, his knowledge of his heritage skyrocketed. If someone didn’t fit explicitly where he needed them in his plan, then he removed them. There was no room for useless tagalongs. His single longest party member, however, played a necessary role. What’s more, they were in no position to tell him no.

They had learned well never to say no to him.

The white-haired elf was by no means powerful or strong. In fact, many saw Drystan’s willingness to keep them around as a sign that perhaps the man was capable of mercy. Such an outlook was fairly useful for Drystan, as it weeded out those who thought they could get away with half-assed work. Unfortunately for the elf, however, Drystan was actually a rather merciless master.

And if the elf ever defied Drystan, they would live just long enough to regret it.

Drystan sat at the head of a stone table in the basement of a now abandoned tavern. His current elite disbanded, each individual heading off to perform the tasks assigned. The ghost woman and archer showed promise, both rather unlikely candidates but proving their worth all the same. As they departed, the elf which Drystan had kept by his side for so long entered. Their orange gaze remained downcast, long white hair framing a dark face. Drystan crooked a finger and gestured for the elf to come hither.

The elf’s hesitation to approach Drystan even when summoned could never be beaten out of them. Their feet shuffled across the dirt floor softly, those brightly colored eyes never once making contact with Drystan’s sharp gaze. Everyone referred to the elf as the dullard, even Drystan at times, but he had to admit they were wise to avoid eye contact with their master.

As they came to stand at the arm of Drystan’s chair, Drystan reached up and brushed his fingers through the white strands dangling from the elf’s head. They flinched, as they always did whenever Drystan touched them. He could keep his touches gentle, but the elf’s own muscles reacted involuntarily to the harshness they knew lay coiled within him. It was with that very harshness Drystan had forced the elf to submit to him. From the first moment the elf had caved under him, Drystan had made good use of them. He had practiced the use of his psionic abilities on the elf first, which was the main reason they were insistent on keeping their eyes down. He had also used their body, their blood, taught himself new ways to make a person bend and break by bending and breaking the elf. Though elven bodies were certainly different from human or otherwise human-looking bodies, research was research.

For the time being, though, Drystan needed to use the elf for their blood.

Drystan slid from the chair, the piece of furniture dragging across the floor as the man stood. His fingers remained threaded through the white hair of his servant, pushing it aside for him to view the fresh bite mark which could not hide their fluttering pulse. Drystan kept himself well fed on his blood slave. To every vampire or vampiric individual who wasn’t him, the elf’s blood smelled like the blood of the dead: foul, and cold.

To Drystan, it was one of the sweetest, most attractive scent.

Cupping the elf’s jaw and tilting their head back, Drystan’s tangled fingers gripped their hair as his lips neared the column of their throat. First a hot kiss, then the steady push of fangs into already sore wounds. He felt the elf’s jaw clench in his hand, a sharp gasp fleeing lips usually pressed shut. The sweet nectar of the elf’s blood coated his tongue, Drystan’s fangs retracting so he could suckle the life source from the vein easier.

It only ever took the equivalent of a few sips to satisfy his thirst, but sometimes Drystan lost track of time. He would press closer to the elf, grip them tighter, push them against the nearest flat surface as he drank like an alcoholic drank his poison. The elf did not protest, they never did. They had learned long ago that only lengthened their time spent together. Drystan didn’t begrudge them their desire to be away from him so long as they came when they were called. The elf’s time away from him was reward enough for their services.

Drystan licked the blood from his lips, then focused on the remains of his meal. Running his tongue along the bite and gathering the drops and streams leftover, Drystan drew back to stare at the wound for a moment longer. When it didn’t weep quite so readily, he released the elf’s jaw and untangled his hand from their hair. “You may go,” he said. The elf obeyed without a word.

People and settings changed over the years. Drystan’s leadership and possession of certain individuals did not. 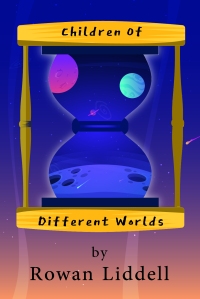